Back to school profile

Founded in 1894, Havergal is one of the oldest girls' schools in Canada, and it shares a tradition with those of its vintage. The school was formed with a strong tie to a religious community though, even then, was looking beyond tradition, charting new territory, as it were, for girls to occupy. As such, the school was disruptive, educating girls to take new, more robust roles within society. Famously the first principal, Ellen Mary Knox, asked her students "What are you going to do?" She meant it very much in the way we'd think of that question today: you've got an opportunity to do something, to play a role, what is it going to be? Knox was emblematic of the kinds of women who were leading schools at the time. In turn, they played a larger role in the development of education in Canada than their male counterparts did. All of this is important in that it really does underwrite the goals of the school today: to challenge girls, and to be socially disruptive in the best sense of that term. It's easy for us to look back and see that girls' schools were necessary all those years ago. What Havergal continues to demonstrate—as other schools that operate with the same goals and intentions—is that they remain necessary today. 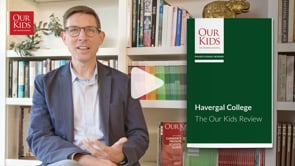 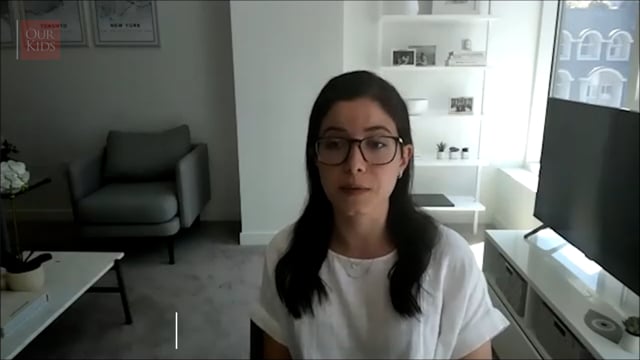 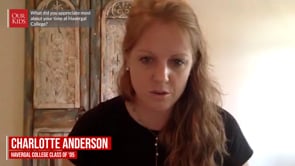 Our daughter’s experience at Havergal has been extremely rewarding. She started at the school in JK and is currently almost finished grade 2. My husband and I had researched same-sex independent schools for our children and Havergal felt like the best fit for our daughter and our family. We had high expectations for the school and weren’t really sure if these expectations were realistic. In a nutshell, the school has surpassed any and all expectations we had and has delivered a caliber of ed... View full review

"...it is these types of special moments and acts of kindness from the faculty and staff that make Havergal stand out above all the other schools."

My daughter loves attending Havergal and each year gets better for her! She looks forward to each and every day. She loves her friends, the clubs, programs and most important the faculty and staff at Havergal and the support they give her. She loves that the VP of the school is her baseball coach and that she can sit next to him on on a 2 hour bus ride and have a fun and engaging conversation. She loves that her PE teacher tells her jokes and she can joke back, she loves that she can go to her ... View full review

"We have always had very good communication with teachers at Havergal. We feel the teachers do a great job of appropriately challenging and supporting our..."

My daughter loves being a student at Havergal College. She really enjoys all of her classes and and speaks so positively of her teachers, and I believe that the enthusiasm all of her teachers' share have my daughter engaged and excited in what she is learning. She also loves all of the different clubs, athletics and opportunities that Havergal has to offer. The school encourages the girls to become involved in activities at school outside of academics, and they have the opportunity to become ... View full review

"The school has done a lot of investigation into how to maximize the success of teenage girls and have been very cutting edge on many levels..."

There is a special atmosphere at Havergal College; a supportive, nurturing and encouraging place where girls feel comfortable trying new things, making mistakes, branching out socially and expressing their views. There is no judgment - girls are celebrated for their thoughts, and diversity of opinions and values. Both of my girls have felt very supported by their teachers who were always willing to go above and beyond. They were honest in their assessments and evaluations and always guided t... View full review

"The school has harnessed many of our daughter's positive traits and stimulated her growth and development, not just academically, but socially, emotionally, and physically."

Our daughter has had a wonderful time in her three years at Havergal, and is very excited about completing her secondary school years there. Since entering the school in Grade 7, our daughter has thoroughly enjoyed the friendships she has developed at Havergal, the incredible extra curricular opportunities offered by the school, the challenging curriculum, and the amazing facilities available to the students. The school has harnessed many of our daughter's positive traits and stimulated her gr... View full review